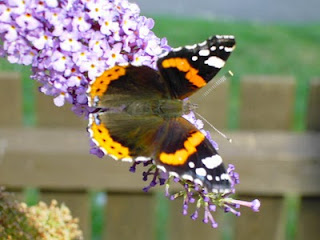 Since Mum moved into her house about four years ago, she's been obsessed with the idea of chopping down every tree in the yard and chopping out every bush.

I was devastated when she paid someone a ridiculous amount of money to remove a rainforest garden planted under the huge old paperbark tree. Then she started getting quotes to get rid of the paperbark tree itself: $3000-$5000. I had to stop her, so I got the kids (now aged 22 and 23) to send her text messages that if that tree was chopped down they wouldn't be able to visit her any more because they'd be too sad seeing the placed where the tree used to stand.

When she started tearing things out of the garden, old roses and so on, it didn't occur to me that it is part of the dementia, but it is. It's caused by paranoia. She believes that trees are going to fall on her or on the house, no matter how far from the house they are. Now she is paranoid that burglars are going to get in, and she thinks if there are no trees or shrubs blocking the view of the windows, the neighbours will be able to watch for burglars. It's no use telling her the neighbours are not out on the road watching her house at 2 o'clock in the morning.

Yesterday I arrived at her house to a horrible sight. The butterfly bush that had been planted probably more than forty years ago, and was absolutely beautiful, was chopped into pieces and lying all over her front yard.

How had she managed to get someone to do this without me knowing? It had to be after I dropped her off in the afternoon. I thought she'd be so tired every day after going to the shops and the club for lunch, that she wouldn't have the energy to cause any problems. I've been watching her to make sure she doesn't employ workmen at inflated rates to do 'work' in the yard unless I have approved it. But it's not helping. As well, she paid the man $130 in advance for carting the dead tree away and of course he hasn't been back.

I am so upset! On Tuesday I took over guardianship of her, signing the necessary document at the solicitor's, and I thought I could stop these kinds of things from happening. Well I now know it is not a magic piece of paper that keeps people out of her yard.

But unless I am over there twenty four hours a day, I realize I can't stop it. She went through $45,000 in the last four years, paying workmen to do all kinds of unnecessary jobs around the house. I had no access to her bank accounts until a few weeks ago, so I had no idea she was taking out thousands of dollars at a time from her investment account to pay these people, some of them very dishonest. I didn't realize the extent of the work she was getting done or the amount it was costing. I thought the money she was paying out came from her fortnightly income.

There were signs of odd behaviour and beliefs, paranoia and forgetfulness, but over the last couple of years I have not questioned her ability to make decisions about the house and garden. I should have. If you are reading this and your elderly parent has some forgetfulness, hurry and get access to their accounts so you can check what they are spending.

I will spread the word in the street that I am now officially her guardian and that no work is to be carried out without my approval. But that's probably not going to work either. She'll call some gardener or handyman that she's found in the newspaper and they won't know they're not supposed to be there.

The worrying thing is that she could go back to the solicitor and revoke the guardianship. If she convinces the solicitor that she is mentally alert at the time, she can do that. She can also revoke the Power of Attorney.

I have discovered that under Australian law, you cannot force a person to do what you want them to, even with guardianship. You have to consult them, no matter what stage of dementia they are at. You cannot say, "No, you can't do that or buy that or go there!" In that case, it's a wonder any old person ever ends up in a nursing home, if all they have to do is say no.

I don't know what the hell I am going to do. Being on my own, it is just impossible. I am so frightened, I woke up at 3 a.m. and couldn't get back to sleep. I imagined the paperbark tree in pieces all over the back yard and $5,000 missing from her bank account. I imagined her getting nasty and throwing things, which she does sometimes, and wondering how I am going to put up with that.

I also lay awake thinking of the beautiful butterfly bush that wasn't doing any harm and is now dead.
Posted by Pye at 4:40 AM