The Easter Eggs are gone! 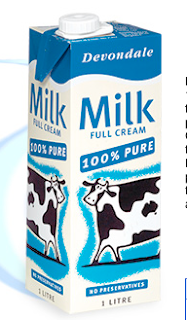 I dread Easter. It seems to make Mum appear very evil, like she needs an exorcism or something. She gets that 'look' on her face, like she wants to kill someone, most likely me, as I'm the one 'plotting' to have her 'put away'.

She's been in hospital a month now. She's been allowed two nights at home for Easter and then she's back in hospital Monday night.

We bought Easter eggs on Thursday. Today, Saturday, she made them disappear. I had left them in her bedroom and now they had vanished. She was in a panic. She did remember buying them. I looked everywhere. I looked in each room methodically. I tried the fridge and the bathroom cupboards. I remembered to look in the bin. Not there. She wanted to go and buy more, but I said no, they'll turn up eventually so people will just have to get them a few days late. Also, the total cost was around $60 and I couldn't stand to think of her wasting any more money. She was very angry that I wouldn't take her to the shops to buy more eggs.

Of course I was kicking myself for not taking charge of the Easter eggs and keeping them at my house. I never seem to remember to do the sensible thing until some disaster has happened, then I think, why didn't I do this or that? Too late.

She hadn't been home an hour when she did something weird. I'd got her some UHT milk in a cardboard carton. You have to unscrew the lid and then pull the little plastic cover until it comes off. But she didn't know how to do that. Instead she took to the milk carton with the scissors, hacking into the side of it and spilling most of it in the process (luckily over the sink).

I have to take away all the scissors. This is the second scissor incident. The last one was when she hacked the inside lining of a leather handbag worth over $100 because she didn't know she could get her purse and glasses out by undoing a different zip. She thought her things had fallen through the lining.

I'll try taking away the scissors, but she'll notice and she'll be very angry with me. She'll probably walk down to the shopping mall and buy another pair.

Anyway, late Saturday she called and said she found the Easter eggs. Goodness knows where they were. I couldn't see them anywhere. But it's good they've been found.

Now we have to somehow get through Easter lunch without an outbreak of extreme animosity.