Why I hate mirtazapine and E.E.G.s 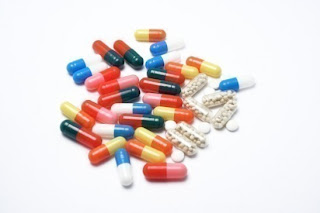 Holy cow, I might as well go downtown and get Mum a spliff and some yeyo. We don't take drugs, doctors. Get it? No, you don't.

Which part of 'WE. DON'T. TAKE. DRUGS" don't you understand?

I took Mum to a geriatrician to get a definitive diagnosis. I think she has early Alzheimers. Multi-infarct dementia has been ruled out by the MRI scan. She doesn't have Picks disease. Her kidney problem isn't too bad (it affects the red blood cells which carry oxygen, hence dementia possibly caused by that). The doctor put her in hospital allegedly for THREE days and it has now been THREE WEEKS.

I hoped for some thorough tests to be done. I hoped for advice on how to manage her behaviour. She had a couple of 'bad turns' on 28th December. She kind of spaced out and stared straight ahead. These may or may not have been seizures. There are other things that cause these symptoms. She wasn't connected to an E.E.G. when she had these turns so no-one really knows. She's never had them before and she's never had them since.

So firstly the doctor puts her on Mirtazapine. I tell the nurses she is not to have it as I have guardianship and I say no, but they order it from the hospital pharmacy anyway. An Australian government website warns about mirtazapine, also called Remeron:

Mum has kidney disease. The renal specialist told me to warn any G.P.s she sees that she is not to have any drugs. In the case of antibiotics, they are to be half strength.

Mum is having 30 mg of Mirtazapine every night. This is double the dose recommended for the elderly. It is causing her to have diarrhoea.

SHE DOES NOT HAVE A DEPRESSIVE ILLNESS. On the day the doctor asked if she was depressed she said 'yes', but she meant 'SAD', not depressed. There had been a family falling-out. She is NOT DEPRESSED and take note geriatric specialists and G.P.s dealing with the elderly in early dementia, you cannot take their answers as gospel. They are unable to answer any question accurately. They really have no idea and are giving you the answer THEY THINK YOU WANT. For God's sake ask the CARER for a more accurate answer.

As for the claim by nurses when I said I don't like this drug that she needs it to increase her appetite, it would be impossible to do so. Although she is thin, she eats like a horse and has the appetite of a hyena. Five minutes after we've had a huge lunch at the club she's saying "We have to eat, I'm starving." So the hell with that excuse.

So why is she having this dangerous and possibly deadly drug mirtazapine at double the usual dose? You tell me.

As for the alleged 'epilepsy', what nonsense. She has had no ongoing seizures. On the day she had the two 'funny turns', which may or may not have been seizures, there may have been factors that lowered her threshold for seizures such as being unwell or having low blood pressure or low blood sugar.

Why the hell would you medicate something that's not there? As for their dodgy E.E.G. result, you could drag in anyone off the street, give them an E.E.G. and nine times out of ten there will be an 'abnormal' result, sufficient to persuade a doctor keen to give business to the multinational drug dealers to write a script for Epilem.

I would guess that MOST elderly people would have an alleged 'abnormal' result. And yet no-one has noticed them suffering fits. This is because during an E.E.G. the brain is tormented by the person being made to hyperventilate and having strobe lights flashed at them. These things don't happen in normal everyday life. Strobe lights can induce fits in a person who most definitely does not have a seizure disorder. To hell with E.E.G.s, they are one step down from witchcraft if you ask me.

The specialist told me Mum could go into one of these (alleged) seizures and not come out of it alive.

What garbage. I can't find a single case of someone dying of a complex partial seizure, even if that is what she has.

I don't know what to do. I've stopped them giving her anti-convulsants and will get her off the mirtazapine slowly and carefully at home. I don't want her having it for one more minute, but it seems if I don't let them continue it they won't give her the tests that she needs to get on the nursing home waiting list, just in case things ever get desperate enough. The doctor suggested if I deny my mother 'treatment' there's no point in having her in the hospital. This is almost blackmail. She knows I'm desperate for help, advice and a diagnosis, but she won't let me have it unless I allow my mother to be tortured. And she is. She wakes up feeling groggy and terrible every day and sleeps through the mornings. Her memory has got worse. She's frightened. When they gave her the one and only anti-seizure pill, she went into shock, shaking all over and feeling weird in the head. Before the nurses responded to her buzzer she rang me and said "Come quickly, they gave me something and I'm terrified, I think I'm going to die."

The 'F' word is right on the tip of my tongue but I am trying hard to be polite on this blog.

I was so angry when I got home from the hospital last night, after the doctor again trying to cajole and bully me into agreeing to anti-epilepsy drugs, that I slammed the front door and swore so loudly that the next door neighbours slammed their front door and the Macedonians across the road came out onto the footpath.

"All your base are belong to us"

Unfortunately, at the moment, yes. But if you don't behave, I will just sneak her out of the hospital without even signing out and take her home, because I've had enough, and so has she.

I am now so paranoid about doctors and hospitals I doubt I'll ever take Mum near one again.
Posted by Pye at 11:40 AM