A problem with beds 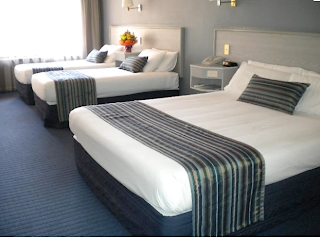 Sometimes I think I really shouldn't take her on holiday ever again.

Back in her room she's scribbled nasty notes all over the instruction booklet of her new TV claiming that men keep coming into her room and taking things. If ever I have to sell the TV it will be embarrassing handing over the booklet and with modern appliances you can't even use them without that booklet. I keep removing pens from her but someone gives her pens. I have taken away everything I possibly could to keep it safe from her scribbling and I've hidden the TV booklet.

She keeps taking the pictures off the walls. I wish someone would go into her room when she's in the act of doing these things and tell her to stop. I put the pictures back, she takes them down. Now she's scribbled on the back of the pictures as well. I can see a time coming when the pictures will have to go.

She also keeps packing things. I take away any bags, then she manages to get a grocery bag off someone. I wish the other residents would not give her grocery bags and pens!

When I told the head nurse I was taking her on the plane to Adelaide and then to Kangaroo Island and so on, she was alarmed. She said Mum would revert to the packing behaviour and wanting to get out of there. I was annoyed that she said that but it's true to some extent. So what are you supposed to do, leave your elderly relative in the nursing home and never take them anywhere? Mum loves to travel and I promised her we'd keep travelling when she moved into Five Islands Court, but it's getting too hard.

When we were staying with my daughter she was in the middle of moving house. She was moving into Defence Housing, which is cheaper rental, while her fiance is serving overseas, so there was no-one to help except me.

Defence Housing were to move her in one day, but they misjudged and weren't able to do it. As a result they had to put her up in a motel for the night.

During the travelling back and forth between the two houses, Mum was extremely disorientated. She thought the first house belonged to me and she kept asking me why all my furniture was being taken away. She didn't like the new house at all and said she wouldn't stay there. She wanted to be taken back to the first house. We had to keep telling her over and over what was going on and it's hard on the nerves. I don't know how many times I said, "Loretta is moving house Mum, she's going into Defence Housing."

So Loretta had a motel room with 2 beds. We paid extra to have a portable bed taken in. It was a bed suitable for children. I am quite heavy and if I'd tried to sleep on it I might have broken it, so Mum had to have the portable bed.

She didn't like it. She said she 'always' had the bed by the window in motels. This is not true. She told my daughter she had to give me the queen-sized bed because that's the bed that I always had. I told Mum I was happy with the single bed and as it was Loretta's room and she'd in effect paid for it she should have the big bed. We explained it over and over but it wasn't sinking in. Sometimes she can form new memories if she's told something often enough, but this bed thing was too much for her to take in.

We tried to get her to have a shower. She swore blind she'd had one this morning. We both pointed out we'd been with her all day, every second, and we hadn't seen her have a shower. She was furious - as she always is when showers are mentioned. She was quite clever how she shifted the focus from "I had a shower this morning" which she must have then realized wasn't true, to "You think I'm dirty. You think I never shower. Well, I'm NOT having a shower. You can't make me." By this time, her hair was greasy and dirty from not being washed for several days. My daughter pointed out that she needed to wash her hair. She said she never washed her hair at night, she always had morning showers. The truth is, she's never had morning showers in her life. We did try the positive "You'll feel nice and squeaky clean and sleep better after a shower" line but nothing was going to work so we gave up.

Her focus then shifted back to beds. We managed to get her into the portable bed, where she continued to complain. We went to bed ourselves and turned out the lights, but soon after, she was up, turning on the lights and demanding that I get out of the single bed by the window and let her have it and that my daughter get into the portable bed and let me have the queen-sized bed. She kept repeating that she had paid for the room and therefore she should get the bed she wanted. We couldn't convince her that it was Loretta's room.

You may think we should have just let her sleep where she wanted. But she'd have soon noticed that I was on the queen-sized bed with my daughter, as neither of us could sleep on the portable bed, and that would also have made her angry.

This went on all night. She'd get into bed, then get up again and start tormenting us about beds and whose motel room it was. She said my daughter was awful not to give me the big bed.

Poor Loretta. She had to go to university at 8.30 a.m. the next day. But none of us had had any sleep. At 5 a.m. she sat up in her bed and started to cry very loudly, saying, "I can't stand it any more, I can't stand it!" She was crying so loudly I told her to please be quiet as she'd have been waking up the people in the rooms on either side of us. Mum went to comfort her and put her arms around her and she shouted "Get away! It's all your fault!"

I told Mum it was time to go down to the dining room for breakfast. I wanted to get her out of there so my daughter could get a little bit of sleep before going to university. I asked her to get dressed. She just got angry and said "I'm not leaving Loretta here in this state! We have to stay and look after her!" I kept repeating that Loretta needed to be left alone to sleep. I gave Mum her clothes and told her to put them on. She wouldn't. It went on for at least 30 minutes while Loretta continued to cry. Finally Mum put on her clothes, doing so infuriatingly slowly and deliberately as I've seen her fully dressed in less than three minutes. I took Mum down to the dining room and we stayed there for three hours.

It was absolutely awful. I hope this gives people some insight into why some residents of nursing homes never get to go anywhere!
Posted by Pye at 8:37 AM