Not her favourite vacation spot 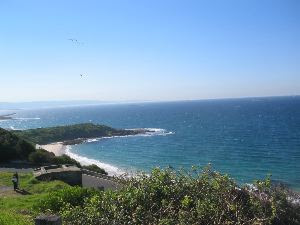 It's been a very harrowing week. On Monday Mum was transferred from Coledale Hospital to a low-care facility where she had been offered a bedsitter room. Coledale Hospital had assessed her and decided she only needed low care but on arrival at FIC (the facility) she misbehaved very badly. For the first two days she tried to escape and succeeded because the area she is in is not a locked area. It's really not for dementia patients although some of the people there do have some memory problems.

She went around the side of the building and found the driveway, went out onto the street and started walking. Then she realized she didn't have a clue where she was and a woman out in her front yard noticed Mum was completely bamboozled and took her back to FIC. I don't mind her going out walking in areas that she knows well, on her own, but she would get lost in areas she's not used to.

NOTE: November 2011: This behaviour did not continue. This is the last time she ever tried to escape. She settled down after this and no longer tried to get to the driveway.

From that time, the nurse in charge ordered that a record of her whereabouts be kept and they had to write where she was every 15 minutes. This is extremely inconvenient for them and as the nurse said, "This is not behaviour we see in House Two."

I was there the first time she had lunch and she was rude and nasty to the gentlemen at her table. One of them asked how she was and she said very angrily "Not good and I don't want to talk to you. I don't want to be here and I'm not staying here." She's been like this all week. These people, as I said, do not have dementia so they are quite capable of being very offended by her nastiness.

The nurse asked me to come in and talk to her. She said Mum was not settling in and was an escape risk as House Two, as it's called, is not a locked unit. It's for people who are happy to be living there. Mum had previously inspected the unit and stated that she loved it and would take it. So she was there quite voluntarily, but of course she has no memory of ever saying that.

I was very upset because in House Three they are not allowed to have a jug or a fridge.I didn't want Mum to be living in a nursing home when she's still capable of enjoying making herself a cup of tea and watching television.

Last weekend before she moved in, my son and one of his friends had helped me move in some of Mum's furniture and treasured belongings. I spent a good two hours arranging her things in the china cabinet really nicely. I put away all her clothes. I looked forward to visiting her there, choosing curtains, going out to buy a fridge and a new TV. The way she is, I wouldn't dare take her out in the car. She'd certainly refuse to go back there.

Throughout the week Mum has continued to be unco-operative, unfriendly and downright rude. She keeps going outside without letting anyone know where she is. She's lost all the time and someone always has to take her back to her room. She gets lost just walking to the end of the corridor. She didn't get lost at Coledale Hospital - she soon managed to find her way around. I think she's deliberately getting 'lost' so they'll send her home to me, which isn't going to happen. I can believe she'd get lost out on the street because she doesn't know the area but she should be able to find her way from her room to the dining room and back by now.

I have tried visiting her a couple of times but she says things like "Get out, I hate you and never want to see you again." "I am calling Roger and going up to Queanbeyan to buy a house." "You have dumped me here. You are nasty." "This is a nursing home and I'm not staying here. I'm going to call my solicitor."

FIC is really nice. It's the newest residential home in the area.

By today, Friday, she had become a little less combative.

I went there today after work and after spending 2 hours ironing still more name labels on her clothes and she was sulking, lying on her bed. As soon as I got in the door she said "Get out! I hate you." I noticed she had found a few photos of me and ripped them up. I just left right away, dumping the clothes on the floor. I have been through hell looking after her the last three or four years and the last thing I need is to go and visit her and just get abused and accused of being cruel and nasty.

If this is how many of these dementia sufferers treat their families once they have moved into care, I'm not at all surprised that some of them never visit again. I certainly don't feel like visiting her. She's caused me terrible trouble over the years. But at least I have that sense of duty, unlike my brother and his 21 year old daughter, who even bother to find out what's happening to her and believe her story that she has her 'own flat' and is 'fine'.

Update November 2011: They still have never visited. Phone calls are around three per year.

I've found the most beautiful place for her to live safely and have company and outings and she hates it.

In stark contrast, Dad's sister, who's the same age as Mum and went to school with her, asked her family to find a nice facility for her. She had had a couple of falls at home and realized she couldn't expect her family to come running every five minutes - unlike Mum who would demand my constant presence and attention even before the dementia set in. She's in one further south which sounds a lot like the one where Mum is. She has a bedsitter room too and she told me on the phone the other day she's never been happier. She has friends there, she loves the outings and she loves getting visits from her family. She's looking forward to selling her house and land so that she can enjoy some of her money by going on holiday and buying things for her six children and dozens of grandchildren.

I've really had enough of Mum, she's so awful and she's ruining her chances of staying in the lovely bedsitter unit. I told her that she would be moved to the nursing home section if she kept running off and being nasty to people but she just said they couldn't do that to her and she wouldn't go there. She seemed to think if she misbehaved and lost her unit they'd put her out on the street and I'd have to take her in. I told her on the phone in no uncertain terms that they won't put her out on the street, they'll transfer her next door and she won't like it there.

I've also had her cousins call her and plead with her to behave, but she just repeats to them that she hates it there and won't stay.

So, if she ends up in the nursing home at least I've done all I could to prevent it. Coledale Hospital nurses are quite shocked at the change in her behaviour; they said she was lovely up there, co-operative and friendly, but I think that was only because she saw the hospital as something very temporary, expecting to be taken back to my place after her stay. They had sent a report to FIC stating that she was a lovely lady who'd fit in well at FIC.

I haven't put any credit on her mobile phone, either, which is making her extremely angry. My cousin called me and said Mum said to ask me to put credit on the phone so she can ring me. I told my cousin I won't at this stage because I can do without abusive phone calls. When she was at home she was ringing me 150 + times every week. It was hell - just constantly demanding attention. She did have credit on the phone when she arrived at FIC but she used it all up in about an hour, ringing me again and again when I was at work and unable to pick up the phone. She let it ring until it went to Voicemail and then each call cost 50c. She never left a message as she didn't realize it was Voicemail - thank goodness for that. Two years ago I had the voicemail cut off my home phone as I'd go to listen to my messages and hear things like "Why aren't you over here? Where are you? You hate me and I don't want you coming to my house ever again." This was when she lived in her own house. The nasty messages would be left when I was at work or busy doing important things. She'd leave nasty messages well before she had dementia, but after dementia arrived they got more frequent and much worse.

I have had an awful time trying to pack up Mum's house. It is just so cluttered with all kinds of things and paperwork going back 100 years, some of which belonged to my grandparents. Sorting it has been a nightmare. I have had to decide what goes to the Salvation Army, what goes to my brother (I'm sending 4 boxes of stuff up to him by courier next week so he can't say he didn't get anything of his mother's) and what I need to keep at my place. I've had to sell the furniture and that's been a terrible nuisance - some people said they'd buy things and then never turned up. I have spent up to 6 hours a day over there trying to pack up for the last 4 weeks and I still haven't made a lot of headway. The house has to be vacated by next Thursday for the new owners.

So that's the situation. I've done my best but apparently I've failed. I've certainly failed to make her happy. I can't visit her because she's absolutely vicious towards me. I don't know what will happen next. Maybe I should start to enjoy my newfound freedom after years of being a slave to her and not feel guilty. 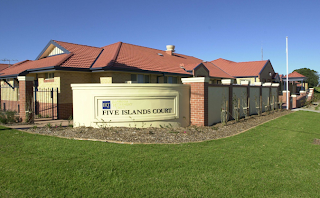