NAAAOW, I'm not going to that Christmas Party. Where's me cat? 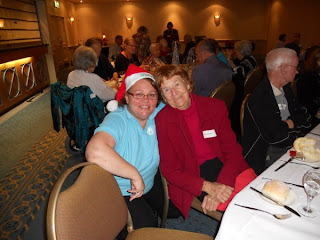 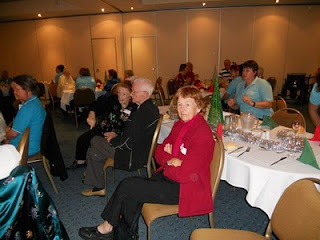 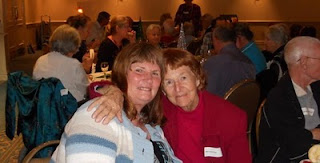 Oh boy, it was fun getting mum to the Anglican Retirement Christmas Party. I hadn't intended even to tell her it was on because the first time it was mentioned back in October, she'd been so violently opposed to the idea.

Anglican Retirement are the government-funded group who do Mum's in-home care every weekday. Mum's carer, Tracie, really wanted her to go to this party.

But Tracie still hasn't learnt you don't tell Mum ANYTHING. She just panics over it and gets paranoid. The day before the party, Tracie was asking Mum if she remembered she had to go to the party. Since Mum knew nothing about it, Tracie thought I must have forgotten, so she asked my son in Mum's presence to make sure I was bringing her.

All this talk of bloody horrible Christmas parties reinforced the idea in Mum's brain that there actually was a party happening. When you want her short-term memory not to work, it works perfectly. And the memory of the coming torture-party was still there the next day.

She was on the phone to me saying, "I'm not going to that Christmas party! NAAAAOW! I won't go there! If you take me there, I won't get out of the car!"

I said, "Mum, I don't know what you are talking about. I think I have to go to work today, I'm just waiting for a phone call."

She seemed happy about that. Of course, I had already decided I was NOT going to work due to the Christmas party.

Thankfully, all thoughts of the Christmas party had vanished from her brain. She got her coat and bag (she wears a coat even in summer) and off we went to the venue, which looked something like the club where we always have lunch.

She didn't even notice we were driving south instead of north. She never does know where we are going any more.

When we got there, I took her in the lift to the function room. She complained and said she'd never noticed a lift in the club before. I told her there'd been alterations and extensions to the building.

When you have someone with Alzheimers you just have to lie sometimes!

We got out of the lift and there was Tracie, sitting a table handing out name tags!

"Oh well, Mum, now that we're here, we may as well stay. The food is free at least."

So she put on her name tag and agreed to sit down. Then she actually managed to have a good time. There were Christmas carols by Sing Australia and the food was great.

But getting her there made me a nervous wreck.
Posted by Pye at 9:38 AM