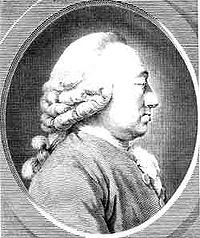 
I want to write about this syndrome as it is not very well known. I had occasion to take Mum to the Sydney Eye Hospital the other week - one of the best in the world. The specialist asked if Mum had hallucinations. I was really surprised.

Charles Bonnet Syndrome is characterised by the presence of complex visual hallucinations seen by people who are vision impaired, for example, due to glaucoma or macular degeneration, both of which Mum has.

The condition was first described in 1769 by Charles Bonnet, a Swiss naturalist, who documented it in his 89-year-old grandfather, who was nearly blind from cataracts in both eyes, but perceived men, women, children, carriages, buildings and tapestry patterns.

The syndrome is portrayed in the book "Phantoms in the Brain" by V. Ramachandran and in "Sacred Games" by V. Chandra. It is thought that James Thurber, American author, may have derived his extraordinary imagination from this syndrome. Thurber was accidentally shot by an arrow in one eye when he and his brother were playing William Tell.

The hallucinations commonly involve detailed images of people, buildings, patterns or straight lines (not an unfamiliar scenario if you're young enough to have lived through the '60s!)

The experience can be pleasant if the sufferer understands what is causing these hallucinations. But for a person with dementia, the hallucinations can cause distress and fear; or the elderly person may believe there really are people in their house or garden. Younger people with Charles Bonnet Syndrome are aware that these images are not real.

Charles Bonnet Syndrome can affect people with significant vision impairment of all ages. However it is more common in those who lose their sight later in life. The condition appears after a period of worsening sight and is most common in people with macular degeneration.

Sometimes the hallucinations stop within a year to 18 months.

There is no cure or treatment for this syndrome. However it may be useful to discuss it with elderly relatives who are seeing people who are not there. This explanation may put their minds at rest.

Mum was seeing people outside her bedroom window, shadows of people on her bedroom wall and intruders in the garden.

Although she has quite advanced dementia, I was able to tell her these things were caused by her macular degeneration, which is a lot easier than trying to argue about it logically (waste of time), accusing an elderly person of imagining things or telling them they have hallucinations caused by dementia.

Many of the hallucinations suffered by elderly people with dementia may in fact be caused by worsening vision.
Posted by Pye at 3:25 PM